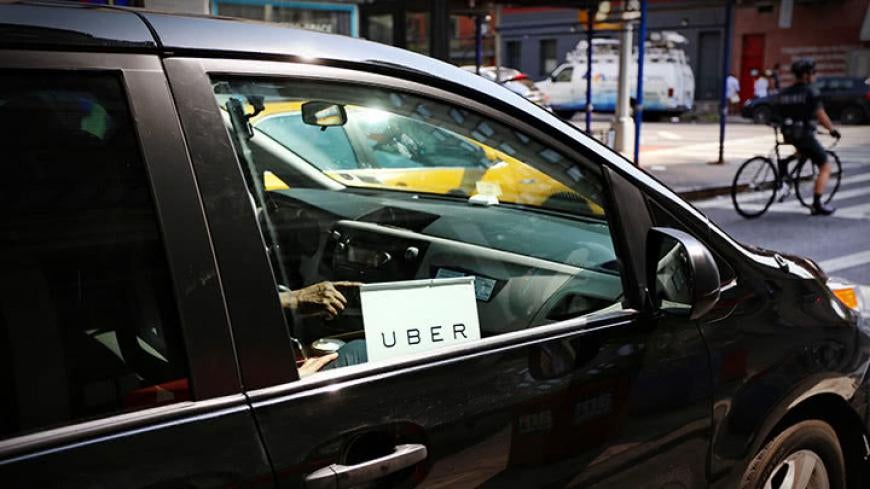 Without the rights or voice that come with an employee classification, some Uber drivers are seeking union representation.

Uber loves to have their cake and eat it too. Especially when it comes to classifying their drivers.

Are Uber drivers employees? According to Uber, no, which is great, they argue, because it allows drivers to work on their own schedules. And, it happens to save Uber a ton of money by not having to pay minimum wage, sick days, and benefits like unemployment or health insurance.

But, unlike contractors, Uber drivers can’t set their own fares, and they are constantly at risk of being deactivated from the app.

Without the rights that come with an employee classification, nor the ownership and independence that freelancers enjoy, Uber drivers are stuck in a no man’s land without a voice, leading some drivers to seek representation from unions or drivers guilds.

Seattle is currently the battleground for Uber’s union fight. The city passed the For-Hire Driver Collective Bargaining Law at the end of 2015, the first of its kind that allows Uber and Lyft drivers to unionize.

Though limited to Seattle, the law could lead to changes throughout the country in how Uber and Lyft drivers are represented and which rights they are entitled to.

The U.S. Chamber of Commerce (which represents Uber) retaliated by suing the city, claiming that since drivers are contractors, they cannot organize. It would be an issue of price-fixing, they argued, if they had representation to advocate for minimum pay or higher fares.

Last week, a judge ruled in their favor, temporarily blocking the law from going into effect.

“A drivers guild may be a good start, but it’s unlikely that older union models would apply in the face of federal laws regarding independent contractors.”

Interestingly though, a separate federal lawsuit in New York argues that Uber is already guilty of price-fixing since they set the fares for their drivers, all of whom are contractors.

We asked Ehsan Zaffar, a law professor at American University Washington College of Law, what his thoughts are on the matter. He believes that an entirely new regulatory structure needs to be created which would allow "drivers to pool resources and bargain collectively, while still allowing Uber and its drivers to partake in and fairly benefit from independent contractor provisions.”

“A drivers guild may be a good start, but it’s unlikely that older union models would apply in the face of federal laws regarding independent contractors,” said Zaffar.

Uber warns that a union could “essentially stalk drivers” to get them to join and pay dues, referring to them at one point as being “super scary.”

The company aired TV commercials and made phone calls to drivers to convince them that a union would hurt drivers. Uber’s Seattle podcast even features entire anti-union episodes.

In one podcast episode, Brooke Steger, the General Manager of Uber in Seattle, passionately says that Teamsters, the union that is trying to represent drivers, is trying to "silence drivers." In another episode, Steger warns that the union could “essentially stalk drivers” to get them to join and pay dues. She refers to them at one point as being “super scary.”

The podcast features comments from Uber drivers that echo the company’s message. Eric, an Uber driver, declares in one episode that “it’s so great that Uber is standing up for its drivers.”

However, it’s unclear how authentic Eric the Uber driver’s testimony is. He mentions in one episode that he is a member of the nonprofit Drive Forward that is fighting for the flexible rights of Uber drivers. If you read the fine print on their website though, you’ll see that the nonprofit was founded by Uber.

Uber’s primary argument that union representation could restrict drivers' flexibility has been struck down by the Teamsters Union. The union claims that drivers would vote on proposed contracts and any changes in terms.

Uber Drivers Don’t Have a Voice

“If any group of workers needs the right to work together to improve their conditions, and to demand accountability from their employer, it's Uber drivers.”

Whether or not union representation is the best course of action for Uber drivers remains to be seen, but it's clear that something has to change to ensure drivers are treated fairly.

“Uber drivers are managed by inscrutable and unfair algorithms, and have no way to raise any concerns with the company,” Tom Slee, author of What’s Yours is Mine: Against the Sharing Economy, told us. “If any group of workers needs the right to work together to improve their conditions, and to demand accountability from their employer, it's Uber drivers.”

"The company is seeking a unique combination of control without responsibility."

Right now, many Uber drivers are barely getting by, frequently making less than minimum wage, without a safety net for periods of low ridership.

When Uber decides to offer discounted rides, drivers are forced to comply, even though it often means a cut in their earnings. Uber argues that promotions result in more passengers for drivers, but it also means longer hours.

There have even been accounts of drivers seeing lower fares on their apps than the fares charged to passengers, causing some to believe that Uber is pocketing the difference.

Drivers are even subject to psychological “gaming” techniques to incentivize them to work longer hours, as a recent New York Times piece detailed. The app used to present drivers with a new passenger before they dropped off the one that was already in their car. Failing to accept at least 90% of rides, or receiving poor ratings—even if a driver doesn’t deserve them— are common grounds for sudden deactivation.

“Uber micro-manages its drivers through software, from tracking driving habits to firing drivers for low ratings. The company is seeking a unique combination of control without responsibility,” said Slee.

As contractors, drivers shoulder a huge amount of Uber’s business risk by not having a steady income or schedule, but they lack the true benefits of “flexibility” that the company likes to promote.

With the pending price-fixing lawsuits in Seattle and New York, and the ongoing employee misclassification class action lawsuits in California and Massachusetts, it's now up to the courts to decide what exactly Uber is, and how their drivers should be rightfully defined under federal labor law.